Melissa’s Rap: Sometimes things don’t go as planned. And sometimes you do everything right and everything falls into place except one detail. Unfortunately, that is often the case with reconstruction after a mastectomy. Some women will require three to four surgeries to get the reconstruction to take. It turns out I do not create scar tissue; at least not enough. Most people create too much 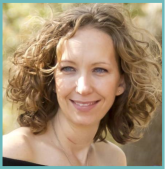 scar tissue and the risk with implants is that the breasts will become hard. In my case, they are too soft and are not supporting the implants. So, they are sinking and, when I am lying down, they have a tendency to drop towards my armpits. That is a normal phenomena for a natural breast; but for a reconstructed breast, there is not breast tissue there. So, it looks quite bizarre.

For those patients who produce too much scar tissue, the hardening can be combatted by massaging to loosen up the scar tissue. I was told not to massage and live in a supportive bra 24/7. I did, but it still wasn’t enough to keep the implants in place.

So, on August 10th, I’ll have my third surgery to swap out the sling they used initially for a stronger sling that should be more supportive. The hope is that this sling will better support the implants. The first sling they used was made of human cadaver tissue. It is more flexible, which was important during the expansion process, when saline injections were used to expand the breasts to the desired size. The new sling will be porcine, which is stronger and less flexible. In both cases, the tissue is treated so that it is acellular, making it safer for the new host.

For some reason, this surgery is known to create more fluid than the last. For this reason, I will need drains again to help get that fluid out of the body, hopefully preventing complications. I had drains for the first surgery, the mastectomy and the start of reconstruction. I was able to avoid them for the second surgery, when I received the implants. So, this news was a bit discouraging, but I am a pro at them now. It should just be a bit of an annoyance for a week, until I can get them pulled.

There will be a fourth surgery as well, but that one cannot be completed until we get this step right. I am hopeful this time it will take, the porcine sling working some magic, so that I can move forward. If not, I will have a tough decision to make: try again or remove the implants. Honestly, I am leaning toward the latter. My body has been through a lot, and unless I can be convinced that one more would definitely do the trick, I will need to do what is best for my body and take them out. But, that is not on the table yet. One day (and sometimes one minute) at a time!

When we are faced with unexpected challenges, it is natural to feel discouraged, and that is definitely how I am feeling at present. I have been sitting with that feeling and allowing myself time to process what is happening. But, I can’t live there. It isn’t healthy, and it isn’t going to help me endure two (or more) surgeries and the recovery required. Now, it is time to prepare, mentally and physically, for whatever comes next in this journey. Whatever comes, I will make sure I am ready.

Have you undergone a mastectomy with reconstruction? What has been your experience? Comment below or message us to share your story.