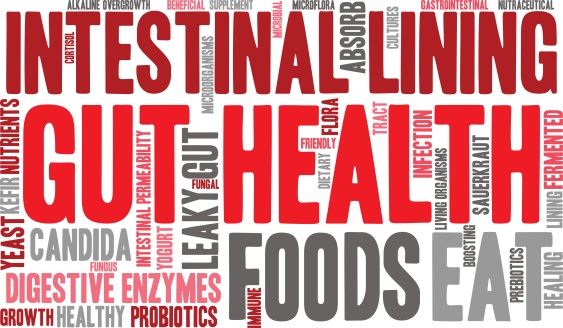 I have suffered from several medical issues in recent years which have deeply impacted my life. I’d like to share my health journey thus far, in hope that my story can help others with similar conditions to find a path to wellness. I am not out of the woods yet, so if you suffer from similar ailments, please share what works for you! Until I found groups of people on Facebook that suffered from similar conditions, I felt alone, depressed and unsure what to do. I firmly believe that we need a network of people to recover from illness, whether it be for support, to vent, get advice or just to let loose and have some fun. Together we can heal!

Until I turned 35, I had no major health concerns other than lactose-intolerance which seemed to come and go over the years. In 2010 I came back from a family vacation with a rash on my chest that was a series of little bumps, like chicken skin. I went to a dermatologist and was diagnosed with a bacterial skin infection and was put on a low-dose antibiotic. Around this time, I also started an online Master’s program and a job that would turn into a stressful position, working 60+ hours per week, on top of taking care of usual family responsibilities. The rash did not go away after months. When I went back, I was told it could take time and just to keep taking the antibiotic. Three dermatologists and 1 year later on this antibiotic (which I kept being told was very low dose and “no problem to take long term”), I discovered that the rash was fungal, not bacterial, and a dose of anti-fungal Rx knocked it out within a week!

Unfortunately by this time, having a fungal overgrowth combined with antibiotics, completely destroyed my digestive health which I would soon discover. A few months after my “bacterial” diagnosis, I started suffering from extreme shortness of breath, which were diagnosed by 2 doctors as anxiety attacks. Multiple doctors tried to put me on anti-anxiety medications. The problem was that I was having these attacks often at night when I was restful, so I couldn’t agree with this diagnosis. I’d lay at night struggling to breathe and worry that I wouldn’t wake up in the morning. I even quit my stressful job and went to something that was normal hours. Reducing my stress load did not help, however.

Several more doctors later I found an asthma doctor diagnosed me with laryngopharyngeal reflux, or “silent reflux” which it is often called. I didn’t believe him, but went on an anti-reflux medication, removed the trigger items he mentioned such as coffee, tea, etc. and lo and behold, my breathing problems improved somewhat! I still had no idea what was causing this, but I had been thankful to have an answer at least!

At this time I was having other bad GI complications (constipation, bloating, etc) and I was diagnosed with hypothyroidism and put on medication for that. I underwent chelation for high levels of metals and still my symptoms multiplied.  A colonoscopy did not reveal anything useful and IBS medication did not make any positive impact. Two years after I was initially diagnosed with folliculitis and probably 15 doctors later, I found a place that provided some answers. It was a clinic that performed “Muscle Response Testing”. At first the concept seemed wacky to me, but they gained my trust by finding multiple problems and giving me supplements for them which allowed me to have some relief.

Through the help of my practitioner there, I found that I had multiple food intolerances (all grains, including gluten-free, sugar, soy, corn and dairy), several types of parasitic infections, still high levels of metal and fungus, and more. I went on numerous herbal supplements and cut back on the foods that bothered me. Through my own research, I discovered that this was all being caused by a “Leaky Gut” (a.k.a. intestinal permeability), an overgrowth of candida and basically an imbalance of good/bad gut bacteria.

Fast-forward two years full of supplements, appointments and dietary restrictions. At this point, I was off the thyroid medication, still taking loads of supplements, free of parasites and most metals, and eating a diet primarily of meat, nuts, vegetables and fruits. However I was still bloating up as big as I had been when I was 9 months pregnant, suffering from GI problems and any ingestion of grains, fruits, nuts or sugar caused me to have blurry vision, brain fog, extreme tiredness, red eyes, and more.

I went to see a Functional Medicine doctor who diagnosed me with SIBO – Small Intestine Bacterial Infection and candida overgrowth. SIBO was not a fun condition to have because, in addition to the symptoms, I also had to go on a low-FODMAP diet. This meant no broccoli, cauliflower, asparagus, onion, garlic, apples and more. Considering my already limited diet, this was not happy news. I went on Rx antibiotics for this condition, and then multiple rounds of herbal antibiotics. I started having histamine reactions to nuts, eggs, leftovers and more. I reduced my diet to a GAPS intro diet for months – pretty much eating just homemade soups. The silver lining was that I lost a ton of weight. Eating out was impossible and this severely impacted my ability to go places with my family and co-workers. My ability to handle stress worsened as did my brain fog and depression. I alternated between weepy and demonic and focusing at work was next to impossible. I felt that I had a pressure in my head that just weighed me down. My joints would hurt after eating nuts and I was always exhausted.

I did some research that really helped me to understand the impact to my brain. I asked my doctor to test my amino acids as well as my neurotransmitter precursors. Based on the results, I added more supplements to compensate as well as amino acids for brain function. I started doing vagal nerve exercises. A combination of these, as well as removing nuts from my diet, helped a lot with my depression, focus, sore joints and constipation.  After about 9 months fighting SIBO I finally overcame it, losing my bloat and enabling me to eat FODMAPs again.  Hurray!

That brings me to my current state: a still “leaky” gut and a systemic candida overgrowth which Rx and herbal anti-fungal supplements combined with probiotics don’t seem to fix.  I can eat only meat, eggs and vegetables without problem. Anything else gives me blurry vision, headaches, bloating, GI issues and extreme lethargy. Basically an AIP (Autoimmune Protocol) Paleo suits me well, with some exceptions. I still cook the majority of my foods and limit my restaurant eating. I am fine with never eating gluten and sugar again, but I’d like to get to a point where my candida is at normal levels and my gut is healed enough to eat fruit, legumes, nightshades and honey. Rice would be nice too, but at this point seems too much to hope for. I struggle to find time to meditate, sleep and have fun, which I know is required for wellness but it is difficult with work and home obligations.

The impact this has had on my life has been huge. It has impacted my relationships, my ability to work as effectively as I used to, my levels of cheer and fun, my moods, where my time is spent (primarily cooking and appointments now take up my free time) and more. Many times I feel like I am fighting a lost cause, but mostly I am hopeful. I hope that by sharing my story with you, I can help others with similar conditions to know that they are not alone. I hope to inspire others to eat less of a Western diet and more of a Paleo diet, as this will help to ensure you don’t end up like me. Through this blog I will share my favorite books that helped shed some light on my condition and help me to get to a point where I can cope. I see so many people around me that show symptoms of Leaky Gut (and brain) and I hope to raise awareness of these problems. I will continue to share my progress with fighting these conditions and hope to someday be able to tell you that I am fully healed!

I wish you all great health and happiness!